See no evil, hear no evil, speak no evil? Not us! Professional interpreters do not filter or modify the content of the speeches they interpret.

Our code of ethics is clear. What we hear is what we deliver in the other language, regardless of our own personal feelings or opinions. Fortunately, evil rarely comes up in the presentations we are asked to interpret!

Hiring professional interpreters is the best way to ensure that your message is transmitted fully, without fear or favour, to your target audience.

We wish you a happy and prosperous Year of the Monkey, and look forward to helping you communicate in the year ahead.

As Heads of State and leaders of 21 countries gathered for the APEC summit last week, CIAP’s interpreters braved tight security in Manila, Philippines to provide simultaneous interpretation between English and Japanese, Korean, Mandarin and Russian for the APEC CEO Summit. 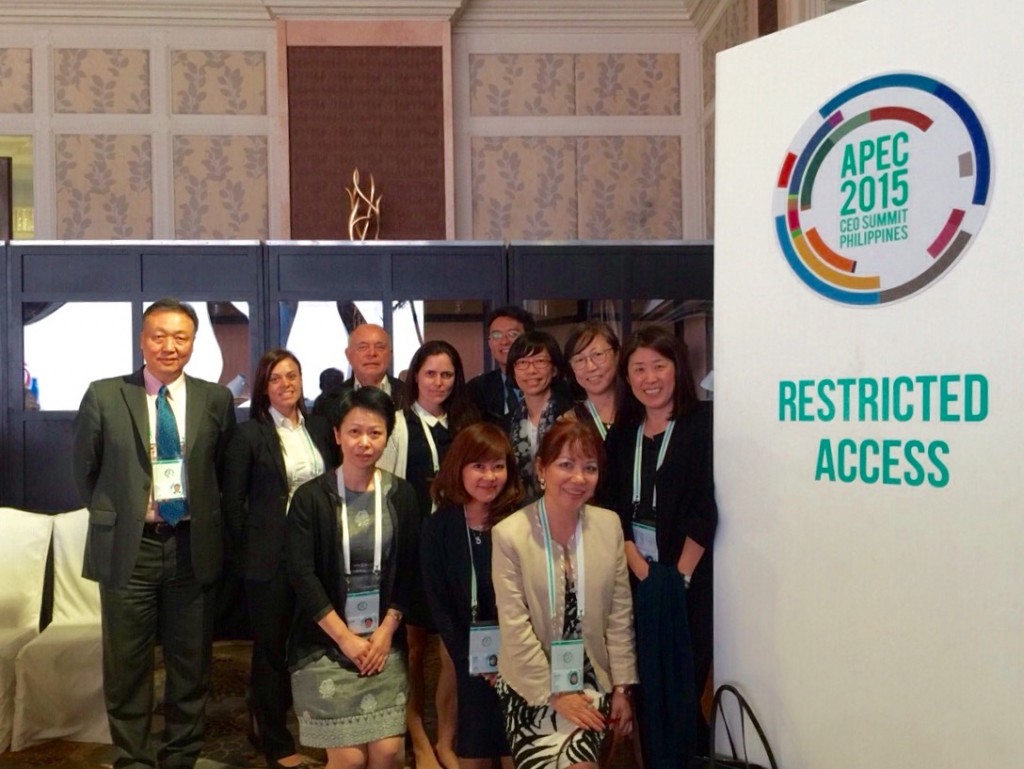 Security was tight in Manila.
“Restricted access” was the order of the day.

The event was opened by President Benigno Aquino III of the Philippines and addressed by heads of state and the chief executives of some of the world’s largest global corporations. Having organised teams of conference interpreters for numerous APEC events over the years (see our track record here), past experience taught us that 3 interpreters per language would be required.

2 interpreters per language is a minimum (find out why here).

But when facing a tightly packed agenda and dense, rapidly-delivered content from high-level speakers, it often takes a team of 3 interpreters rotating regularly to interpret consistently and at the highest level. This ensures content is fully transmitted to the audience in their native languages, especially when interpreters are working both ways, from and into English.

Moreover, hiring 3 interpreters per language is good contingency planning (read this to find out why this is so important), an advantage that proved its worth this week in Manila. Responding to the November 13th terror attacks in Paris, the Philippines government ramped up security measures and ordered the cancellation or rescheduling of most commercial flights.

Although interpreters had to scramble to rearrange their flights to Manila and travel at highly anti-social hours, planning 3 interpreters per booth minimized the risk that some languages would be without the minimum 2 interpreters to provide simultaneous interpretation. 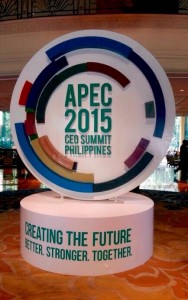 With three CIAP consultant interpreters on site in Manila, and a fourth working from Singapore to coordinate and assist with last-minute travel to the Philippines, all unforeseen challenges were overcome and a full team delivered seamless interpretation at this 5-language international conference.

One of the many roles of a Consultant Interpreter is to advise clients on the number of interpreters required. Because we also interpret ourselves, by considering the meeting topic, draft agenda and languages involved, we can quickly assess the workload and recommend the appropriate team size for your event.

Click here to find a CIAP Consultant Interpreter closest to your venue. 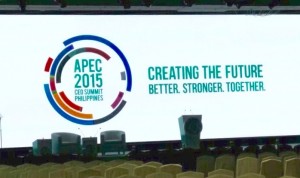 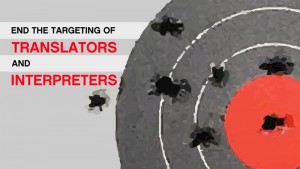 As a group of professional interpreters, CIAP resolutely supports this petition to end the targeting of translators and interpreters worldwide and offer them specific protection under international law.

As a professional category, we are covered neither by the Geneva Conventions nor by a UN resolution (unlike journalists).

From the interpreters who assisted military forces in Afghanistan and Iraq to the translators of dissident content, our colleagues are being persecuted, imprisoned and summarily executed for practicing a profession that facilitates communication, bridges divides and permits negotiations to end conflicts around the globe.

The petition, launched jointly by Red T, AIIC, FIT, IAPTI, CLI and WASLI, urges the UN Security Council to issue a Resolution to Protect Civilian Translators and Interpreters in Conflict Situations, which would give member states a mandate to prosecute crimes perpetrated against these neutral, multilingual communicators.

With close to 14,000 signatures as of today, there is strong support for this initiative. Please help protect our friends and colleagues, and their families, by clicking here to sign this petition.

As conference interpreters working in Asia since the 1990s, CIAP interpreters have experienced first-hand many of the developments in international diplomacy described in this interesting article,

More and more international conferences are held in Asia today, where our conference interpreters are called in to contribute to this “diplomacy by conference” in an increasingly complex and technical world, where experts take the floor just as often as diplomats, the Secretary General may welcome delegates via video-link, and NGOs with observer status are given so little time to voice civil society’s concerns that their statements are often read out at breakneck speed.

Professional conference interpreters in Asia, just like their counterparts based closer to UN headquarter cities like Geneva or New York, must master their art and be familiar with an ever-expanding range of technical topics and vocabulary. 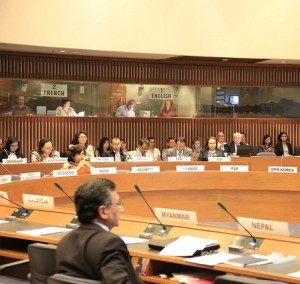 As the author remarks, easier travel and communication in today’s world has led to the proliferation of high-level summits, with world leaders meeting face to face more than ever before. November 2014 was a case in point. The 26th APEC Summit kicked off in Beijing on November 10th, followed the next day by the ASEAN and East Asia Summits in Nay Pyi Taw, Myanmar, then the G20 Leaders Summit in Brisbane, Australia on the 12th and 13th. More than one conference interpreter in Asia took to the skies, hopping from one summit to the next like the leaders they interpret!

Many clients and conference organisers are unaware that there is a community of experienced, high-level conference interpreters living and working in Asia. CIAP’s consultant interpreters can assist in identifying and recruiting these interpreters, forming the teams of conference interpreters whom you can trust to take on that “most urgent business [that] never appears on the agenda. That’s the task of turning what is said in one language into another language with a maximum of accuracy and a minimum of delay” *.

Whether they be doctors, engineers, lawyers, dentists, architects, mechanics, translators or simultaneous interpreters, all professions need to have standards. What are they?

Standards are rules on how a profession behaves, how it acts, to provide the services it renders to society in a manner that satisfies the needs and expectations of consumers. For instance, if you ask an architect to design your house, you expect the roof to be supported by beams strong enough to carry its weight and resist storms. Architectural standards prescribe the dimensions of beams, according to their material, so that they can do this.

Standards are set by the respective professions or by international bodies, such as the International Standards Organisation (ISO) or, in the case of foods, by the Codex Alimentarius (FAO/WHO). Other bodies also set standards. Our interest here is in standards set by a profession.

The standards for conference and simultaneous interpretation are set by the International Association of Conference Interpreters (AIIC). At its 36th Assembly in Addis Ababa, in January 2015, AIIC members discussed, among other things, the importance of adhering to our professional standards, in the face of an increasing number of cases of sub-standard simultaneous interpretation at international conferences. Read more 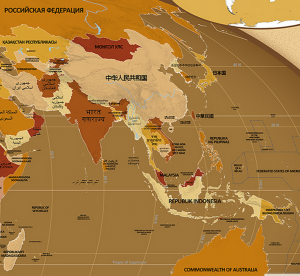 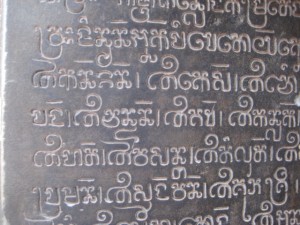 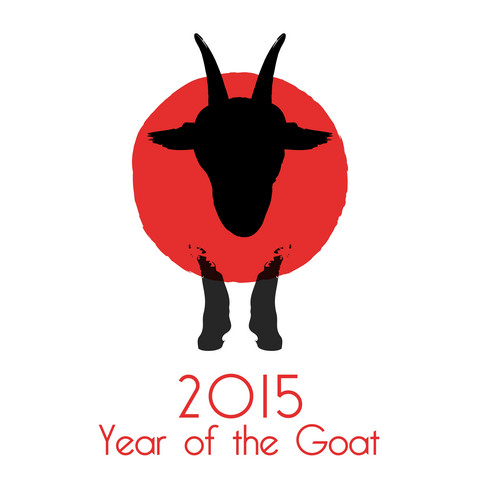 CIAP, a network of professional interpreters across Asia Pacific,

wishes you a very prosperous and communicative Year of the Goat.