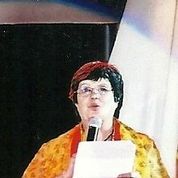 Laurence BASTIT was born in Paris. A simultaneous conference interpreter and member of AIIC since 1972, she graduated in German from the Sorbonne University, Paris. She holds the Translation and Interpretation Diploma of the Ecole Supérieure d’Interprètes et de Traducteurs (ESIT), Paris. She set up the Interpretation Section at the Universiti Malaya, Kuala Lumpur (Malaysia). She taught translation and interpretation for twelve years at the Jawaharlal Nehru University, New Delhi (India). She has worked as a freelance simultaneous conference interpreter since 1971 and been active as a consultant interpreter in Delhi, India since 1996.