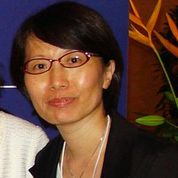 Grace Chao-Ming TING holds a BA from Pomona College, an MA from Middlebury College, USA, and a diploma from the Institut d’Etudes Politiques in Paris. She graduated from l’Ecole Superieure d’Interpretes et de Traducteurs of the University of Paris-Sorbonne in 1987, and has freelanced for many UN organizations, as well as the French National Railway on more than 25 technical missions.

She worked for the BBC World Service Television to launch the translation of TV news into Chinese. Since returning to Asia in 1992, she has taught Interpretation at the National Taiwan Normal Univeristy, and Fujen University in addition to continuing her activities as a simultaneous conference interpreter. Member of AIIC. Suzanne Kobine-Roy was based in Singapore from 2010 until 2016, before moving to Bangkok. Her profile can be found here.