CIAP provides simultaneous conference interpretation services in Penang, Malaysia and all over Asia Pacific through our consultant interpreter based in Penang. 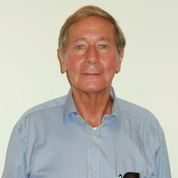